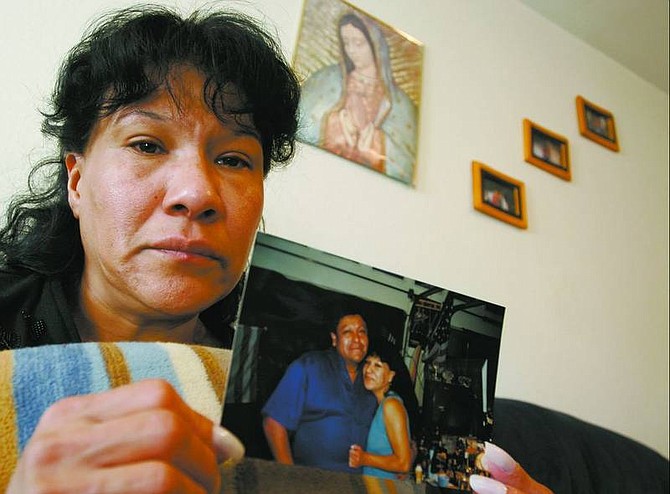 Brian Sokol/Nevada Appeal Marcela Fierro holds a photograph of her husband, Miguel Cruz, who was shot and killed in Spanish Springs on Saturday.