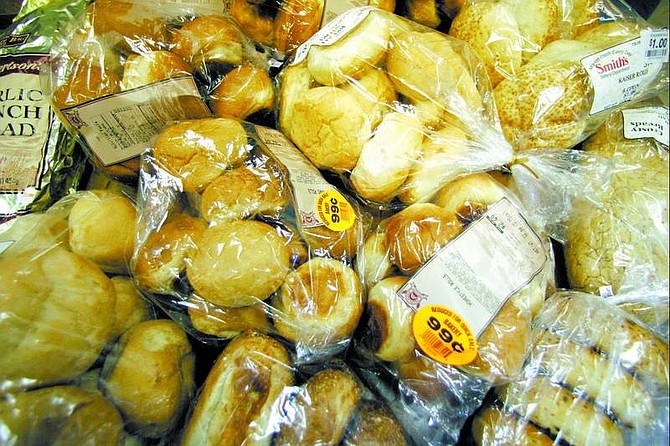 BRAD HORN/Nevada Appeal Rolls, bagels, french rolls, and garlic bread are some of the varieties of bread donated by Smith&#039;s and Albertsons to the Dayton Bread Bank.