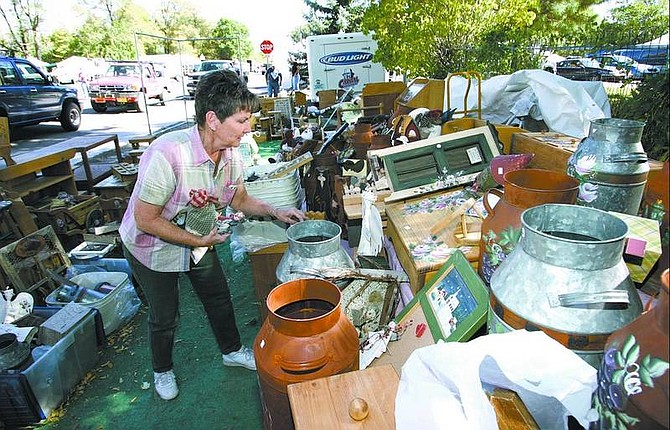 Cathleen Allison/Nevada Appeal Diane Cobasky, of Prescott, Ariz., sorts through her wooden crafts after the wind destroyed her booth at the Candy Dance on Friday afternoon. Cobasky, who has been a vendor at the Genoa show for 14 years, had almost finished more than 12 hours of work to set up her booth when the wind tore 30 feet of canopy away and scattered her crafts. A number of other vendors in the area also battled the wind and suffered minor damage as they prepared for this weekend&#039;s event.