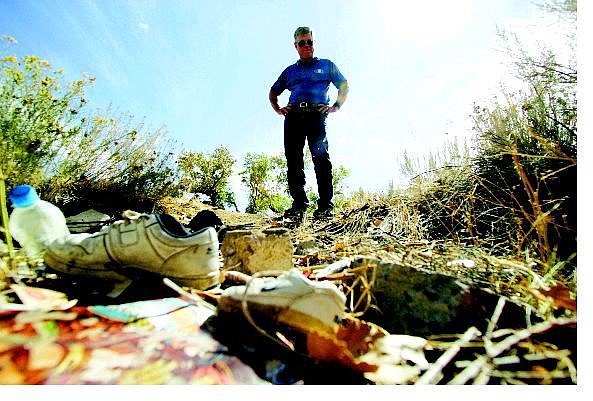 BRAD HORN/Nevada Appeal Ron Bowman, co-chairman of the Carson City Kiwanis Club, stands in the remains of a trailer that was torched near the Carson River on Thursday. The Kiwanis will hold its 20th annual river cleanup Oct. 8.