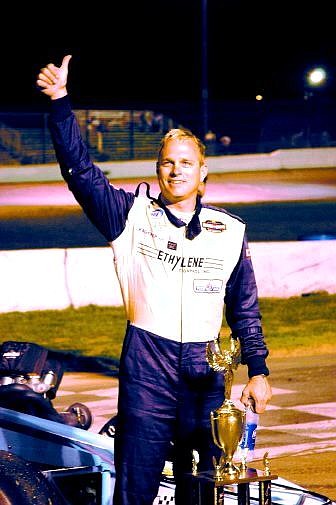 Troy Regier, driver of the S&amp;S Motorsports supermodified, gives a thumbs up to the crowd after winning the annual Harvest Classic at Madera Speedway in Madera, Calif. Saturday night. Regier also won the 2005 championship for the Supermodified Racing League. Photo by Jack Rhyne