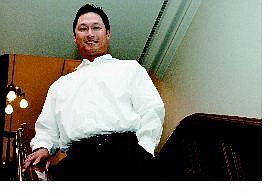 Chad Lundquist/Nevada Appeal Ellick Hsu, the state&#039;s new elections officer stands in a stairway at the Capitol. He said he plans to anticipate problems and fix issues at the front end.