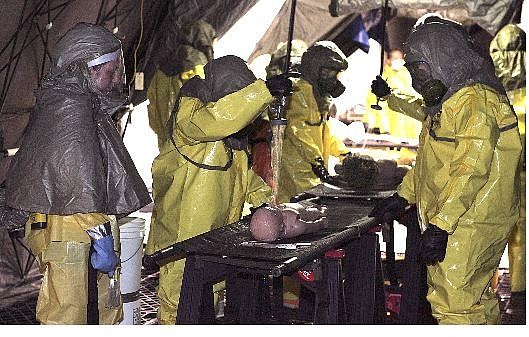 Gary Thompson/AP PHOTO/LAS VEGAS REVIEW-JOURNAL Members of the Army Reserves&#039; 355th Chemical Company and officials with the Clark County coroner&#039;s office participate in a simulated chemical attack, called &quot;Rotunda Thunda,&quot; in Las Vegas on July 11. The simulation, which used mannequins as victims, was part of the three-day anti-terrorist exercise.