Hats on to benefit Katrina victims 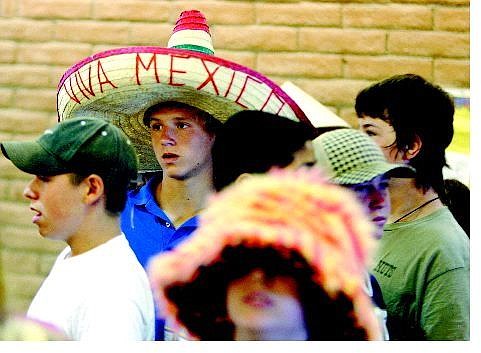 BRAD HORN/Nevada Appeal Ean Witter, 13, in sombrero, and his friend Jeff Barreto, 13, to left, donated $1 toward the Hurricane Katrina relief efforts in the Gulf Coast in exchange for being able to wear a hat to Eagle Valley Middle School on Friday.