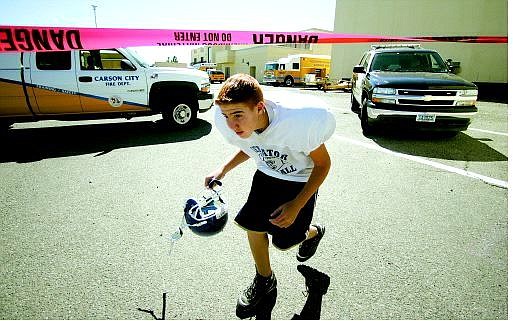 BRAD HORN/Nevada Appeal Kyle Whipple, 14, ducks under hazard tape after leaving the locker room at Carson High School. The school was closed Wednesday afternoon after it was reported that a nurse found a blood pressure unit that had been tampered with and leaked mercury.