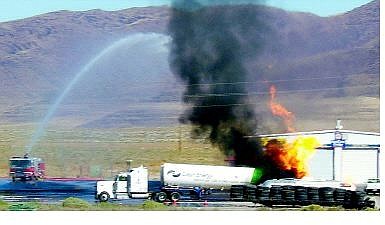 Howard Salmon/Appeal News Service Firefighters attempt to control a fire on a liquified natural gas truck near Fernley on Wednesday.