Shelters empty, but evacuees trickle in on their own 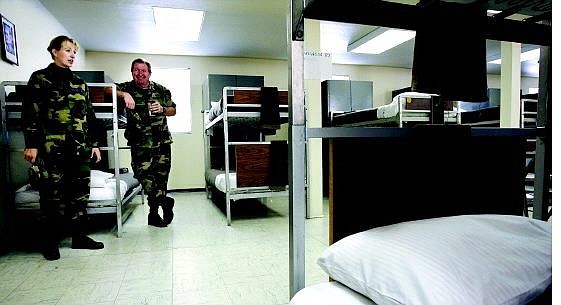 Chad Lundquist/Nevada Appeal Nevada National Guard, spokeswoman, April Conway, left, and Lt. Col. Warren Andersen, stand in one of the empty barracks that was going to be used to house about 200 Hurricane Katrina, evacuees on Monday morning.