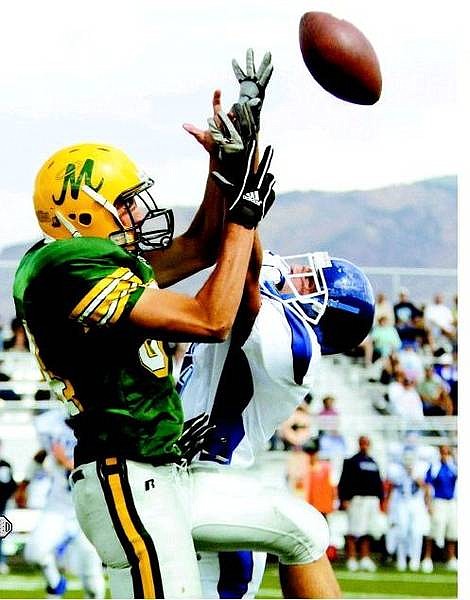 Manogue Miner wide receiver Patrick O&#039;Neil, in green and yellow, fights for the ball with Carson Senator defensive back Ryan Jesse during the second half of their game at Manogue High School in Reno, Nev., on Saturday, Sept. 10, 2005. After falling behind 12-0 to the visiting Senators, the Miners came back to win 34-25. AP Photo Brad Horn/Nevada Appeal