No more grudges against the camel races 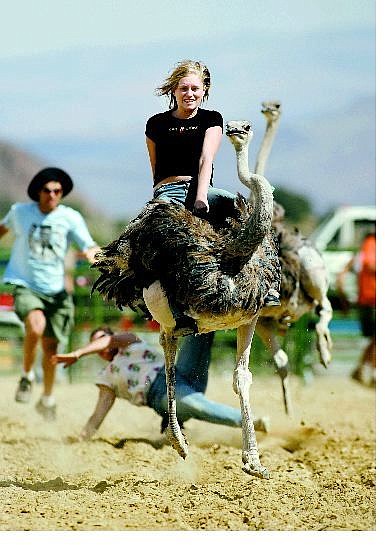 Cathleen Allison/Nevada Appeal Michelle Clarke, 18, of South Lake Tahoe, rides an ostrich during an exhibition race following the media grudge match of the Virginia City International Camel Races on Friday. Clarke&#039;s ostrich ran about half the length of the course, stopped and spun continuously until Clarke was thrown off.