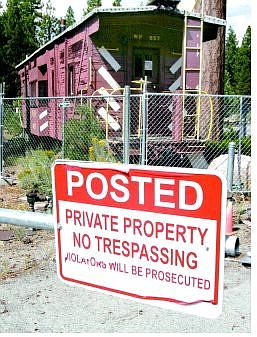 Emma Garrard/Nevada Appeal News Service The Ponderosa Ranch has been closed since it was bought by private owner David Duffield a year ago.