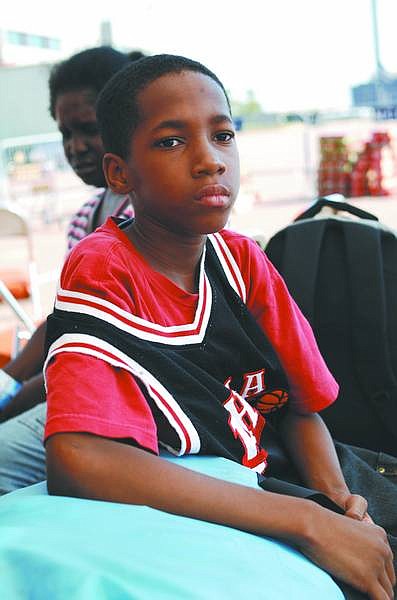 Court Leve/Nevada appeal News Service A young boy waits to be evacuated Tuesday at the New Orleans Convention Center. His mother refused several rides on earlier buses out of the city because she has claustrophobia. As many as 300 hurricane evacuees were expected to start arriving by commercial aircraft at Reno/Tahoe International Airport on Wednesday, but their arrival was postponed.