Wal-Mart filled with goods again - this time for hurricane victims 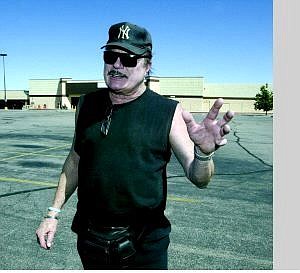 Cathleen Allison/Nevada Appeal Max Baer Jr. talks in front of the empty former Wal-Mart building that he owns in South Carson City Thursday. Baer has offered the building as a place to store supplies for Katrina evacuees.