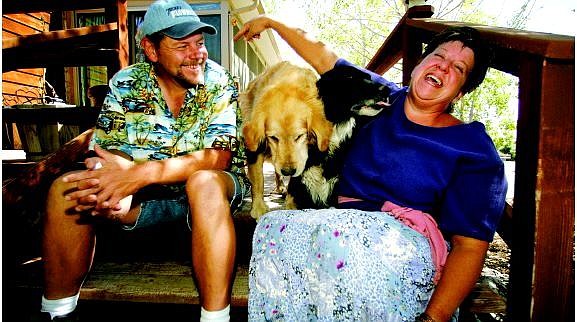 BRAD HORN/Nevada Appeal Jacqui and Gene LaVoie sit on the porch of their Stagecoach home with their dogs Trucker, left, and Sadie on Wednesday morning. The LaVoies have offered their trailer and five-acre lot to Hurricane Katrina evacuees. The LaVoies said, besides having plenty of room and a functioning trailer, victims of the Gulf Coast crisis can bring their animals. Their property also features a swimming pool.