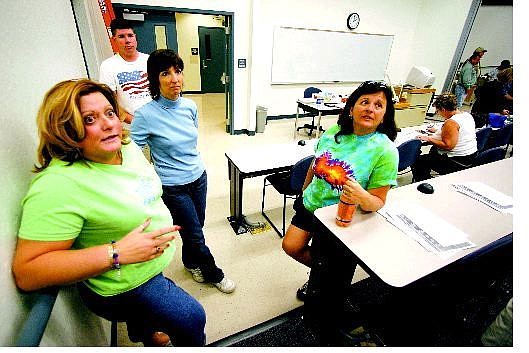 BRAD HORN/NEVADA APPEAL Tina Baldassare, from left clockwise, Ginger Elsner, Gary Blake and Liz Wingfield talk to the media during a break in the Red Cross training in Reno on Saturday. Baldassare and Wingfield are sisters. The four volunteers live in the Carson City area.