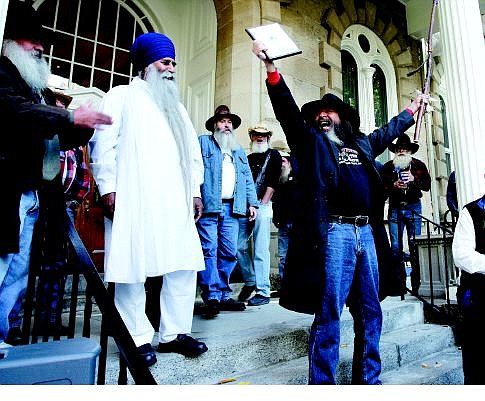 Chad Lundquist/Nevada Appeal Robert Gonzalez, of Virginia City, celebrates his win for Best Salt-and-Pepper Beard in the Nevada Day Beard Contest, held on the steps of the Capitol on Saturday afternoon. Gurdeep Singh, left of Gonzalez, of Carson City, won for Longest Beard.