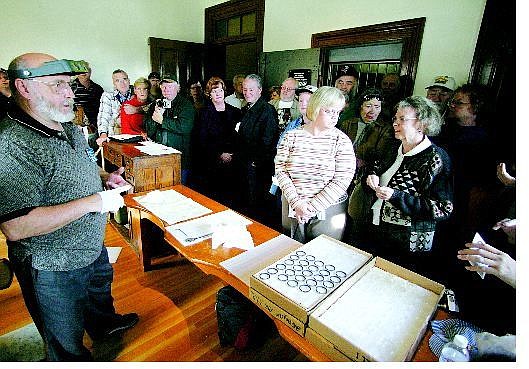 Photos by BRAD HORN/Nevada Appeal Ken Hopple, the chief coiner for Coin Press No. 1 Carson City Mint, explains coin minting to the crowd at the Nevada State Museum in Carson City on Friday morning. Hopple, a volunteer, minted 350 coins for the Third Commemorative Medallion V&amp;T Locomotive No. 11 series on Friday. Hopple can mint up to six coins a minute.