Pop of antique engines to draw a crowd 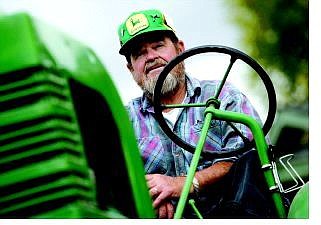 Chad Lundquist/Nevada Appeal Gary Graeber, 64, sits atop his 1939 John Deere Model L tractor, at his home in Carson City. Graeber will be at the Nevada Railroad Museum all day today with his son, Jason, and other members of the Northern Nevada Antique Power Club.