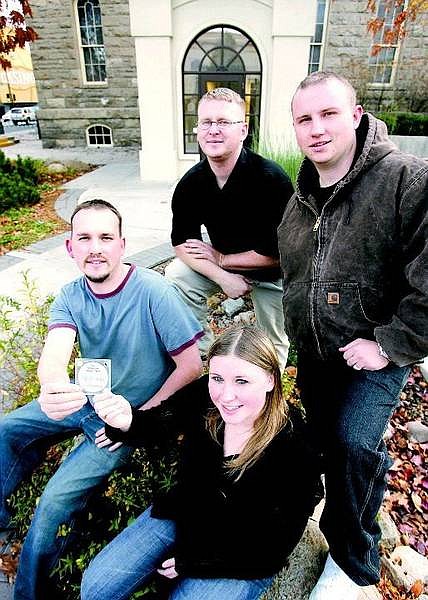 The Presswood family, clockwise from left, Robert, Will, Kris and Katie worked together to solve the Nevada Day Treasure Hunt by finding the medallion at the Nevada State Museum. Cathleen Allison Nevada Appeal