Getting serious about driving violations 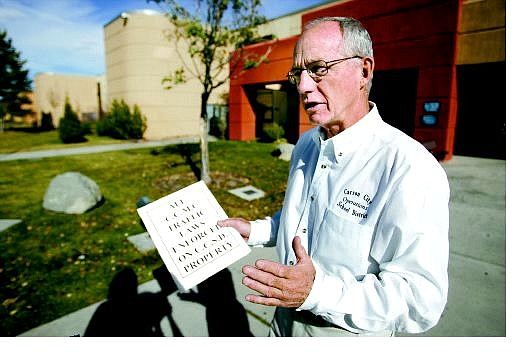 Cathleen Allison/Nevada Appeal Mike Mitchell, director of operations for the Carson City School District, talks about new signs that will be posted at Carson High School and other area schools. The district is expanding its traffic enforcement policy to increase officers&#039; ability to cite drivers.