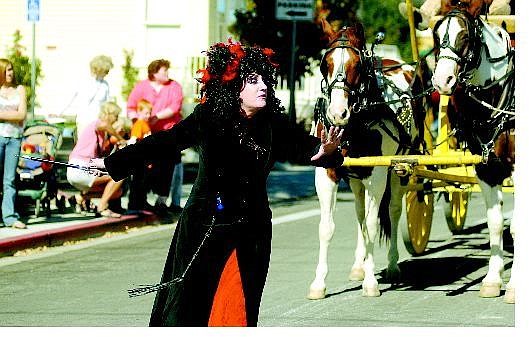 BRAD HORN/Nevada Appeal The Queen of the Damned, aka Mary Bennett from the Bruka Theatre, greets the Season of the Witch tour-goers at the beginning of the 13th annual Kit Carson Trail Ghost Walk near the Nevada State Museum on Saturday.