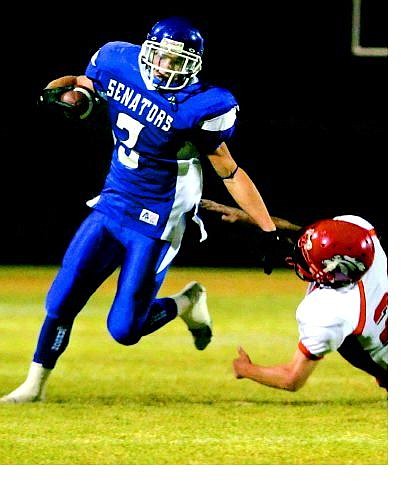 BRAD HORN/Nevada Appeal Bryan Maffei runs for a touchdown against the Wooster Colts defense during the first half in Carson on Friday. The Senators led the Colts 21-7 at the half.