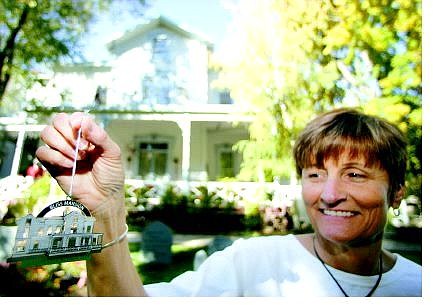 BRAD HORN/Nevada Appeal Sue Jones, co-owner of the Purple Avocado, displays the Carson City Christmas Ornament in front of the Bliss Mansion on Thursday. The piece is the fourth installment in a collection of 12 ornaments and will go on sale Saturday.