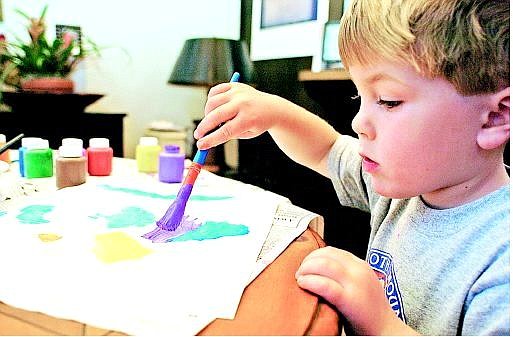 Noah Lyle, 3, paints a fish that will be sold on eBay. Noah has received offers to appear on local and national talk shows. Julie Sullivan/ Appeal News Service