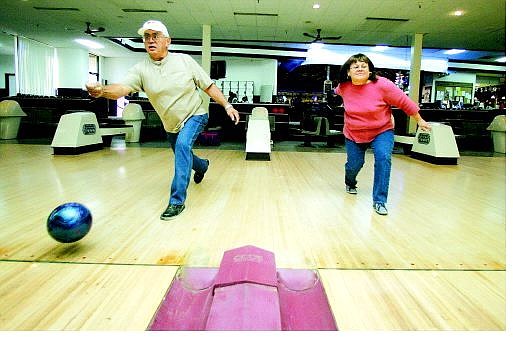 BRAD HORN/Nevada Appeal Gary and Sharon Wood bowl a warm-up game at the Carson Lanes on Wednesday. Gary and his wife will be running the 21st annual American Indian Bowling Tournament during the Nevada Day weekend.