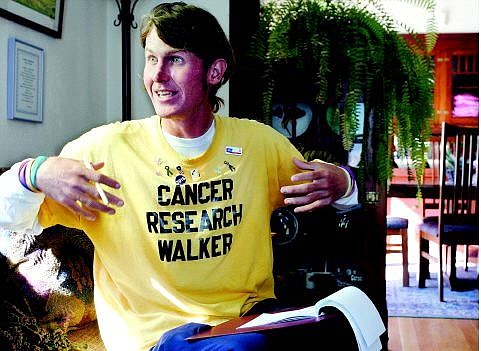 Chad Lundquist/Nevada Appeal Eric Latham talks about his experiences walking across the country to raise funds for the American Cancer Society on Monday at Carson-Tahoe Hospital&#039;s Cancer Resource Center.