Soapbox derby racers do it for the fun of it 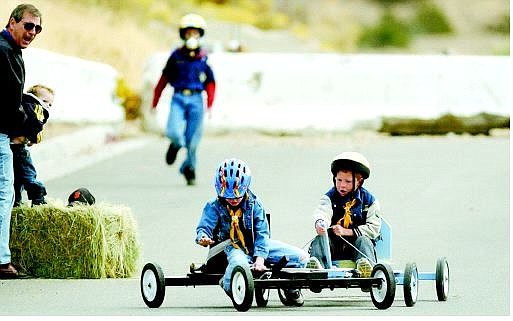 BRAD HORN/Nevada Appeal Nathaniel Darden, 7, right, and Fritz Filson, 7, crash near the finish line during their heat in the soapbox derby on Saturday. The derby is one of the many events Cub Scout pack 143 does annually to teach the boys responsibility and sharing.