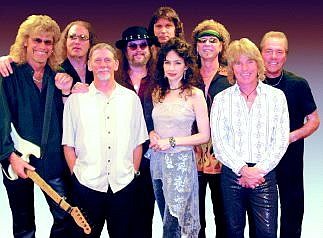 World Classic Rockers - composed of members from Toto, Lynard Skynard, Journey, Santana and Steppenwolf- will hold an autograph session at NV50 Ultralounge tonight, in advance of their concert Friday at the Reno Hilton Theater. Proceeds will benefit the American Red Cross and Piper&#039;s Opera House.