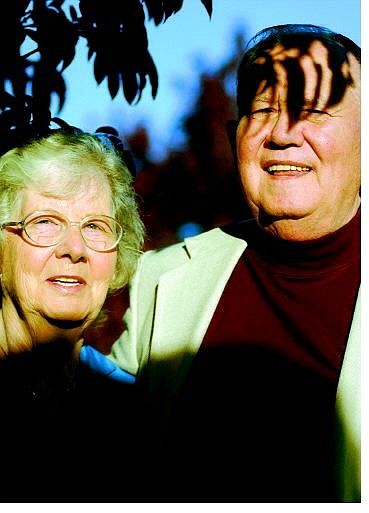 BRAD HORN/Nevada Appeal Rev. Dr. Taylor Neely and his wife Catherine stand in the front yard of their Carson City home on Thursday. The Neely&#039;s have moved 27 times.