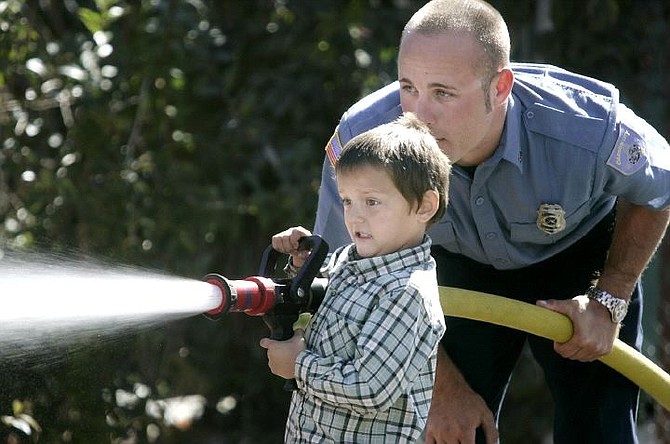 Cathleen Allison/Nevada Appeal Carson City firefighter Brad Mihelic helps Garrett Watkins, 5, spray a fire hose Wednesday at Station No. 1 as part of the Firehouse Experience. Students from Fritsch Elementary School were part of some 700 Carson City children who will visit the fire station during October, which is Fire Prevention Month.