Hundreds allowed back into Ninth Ward 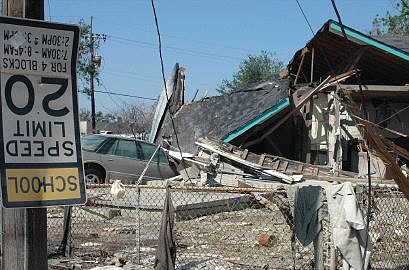 JTF Pelican/New Orleans Unified Command/New Orleans Emergency Operations Center The devastation from Hurricane Katrina in the Ninth Ward of New Orleans was complete, tearing apart houses and leaving cars strewn about everywhere. It is expected Mayor C. Ray Nagin will call for the bulldozing of the entire neighborhood.