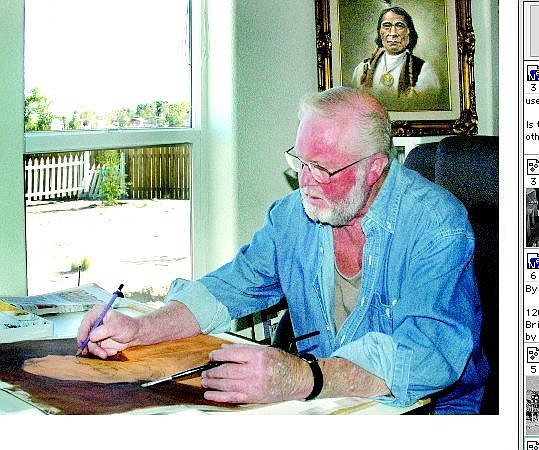 Josh Johnson/Appeal News Service Fallon resident and artist Stan Stevenson makes a daily habit of drawing or painting. The portrait behind him of Chief Red Cloud was derived from a photograph of the Sioux leader.