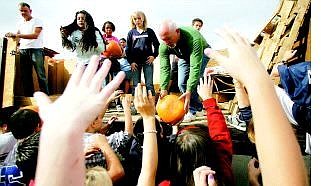 BRAD HORN/Nevada Appeal Dennis Beeghly hands a pumpkin to one of his fifth-grade students at Seeliger Elementary School last year.