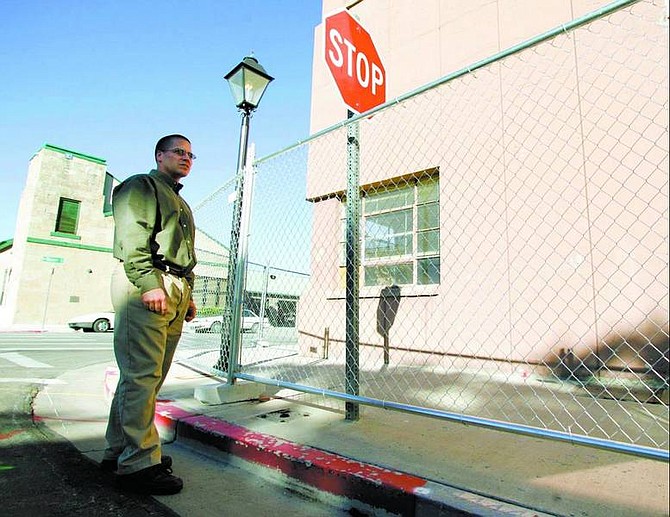 BRAD HORN/Nevada Appeal Darrin Berger says that his grandfather worked at the Warren Engine Co. and a picture of him can be seen at the Applebee&#039;s in Carson CIty. He contends the fire station has historic significance and should not be torn down as scheduled early next week.