Kindergartner becomes lost in the shuffle 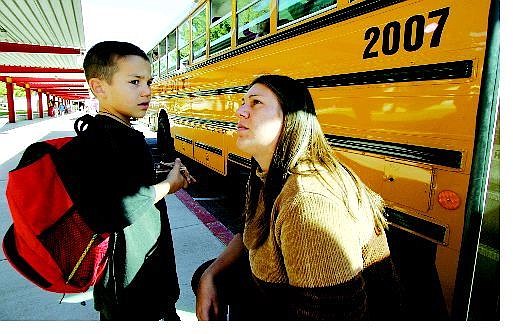 BRAD HORN/Nevada Appeal Melissa Bailey takes her son Donivan, 6, to talk to the bus drivers at Fritsch Elementary School to figure out how he got lost trying to get home Tuesday.