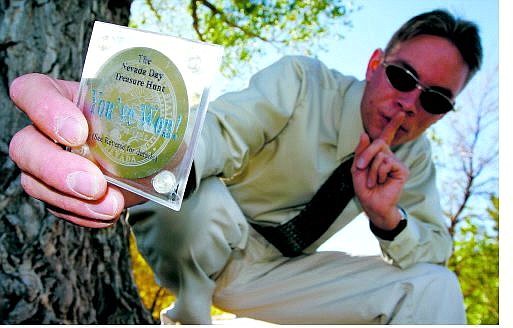 Brian Sokol/Nevada Appeal Shhhh, it&#039;s a secret! Jesse Olson holds the Nevada Day treasure hunt&#039;s winning medal at an undisclosed location on Friday, Keep your eyes on the Nevada Appeal for hints on how to find the the glittering prize that Olson has hidden somewhere not too far away ...