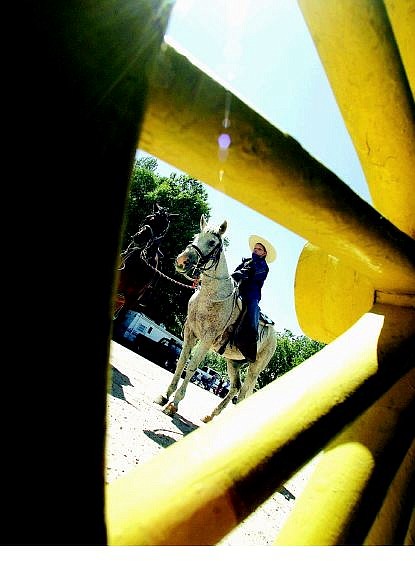 BRAD HORN/Nevada Appeal John Wayne Ransom, 9, of Marysville, Calif., gets warmed up for the Wagon Train ride that leaves Fuji Park this morning and arrives in Placerville, Calif., at 2 p.m. on June, 25.