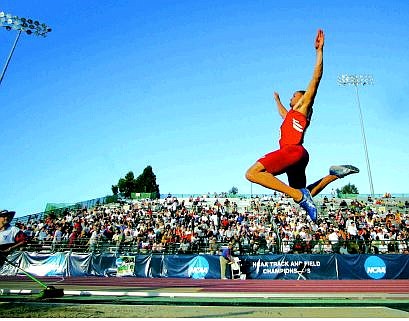 BRAD HORN/Nevada Appeal Aarik Wilson competes in the finals of the long jump at the NCAA Championships in Sacramento on Thursday.