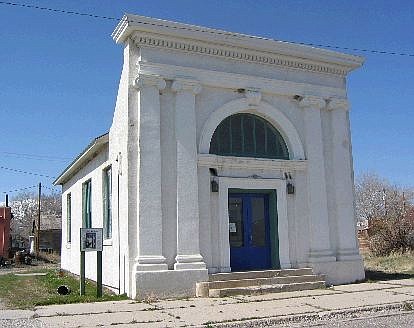 Richard Moreno/For the Appeal This sturdy, brick-and-stucco structure, erected in 1911, housed the Bank of Wells until the 1960s. it is one of several historic buildings still found in Wells.