Longtime cowgirl engraves love of West in her art 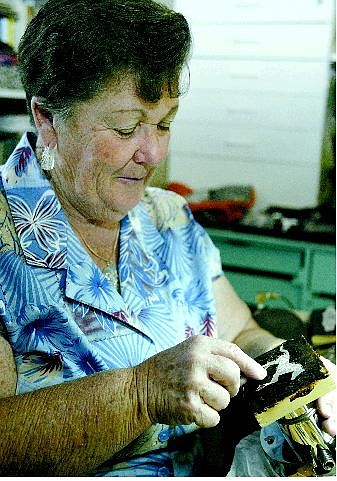