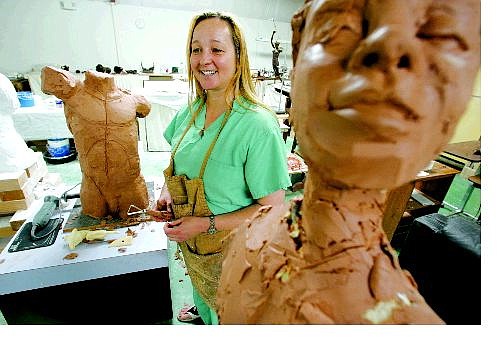 Dayton artist Mischell Riley says that she wanted two things when she was a child - be like Bruce Jenner and to be an artist. Riley made the 1984 Olympic Team as a high jumper and now makes bronze sculptures in her Mound House studio. She was commissioned by the Dayton Historical Society to create a sculpture of a Pioneer woman to be displayed in front of the new train depot. BRAD HORN/Nevada Appeal