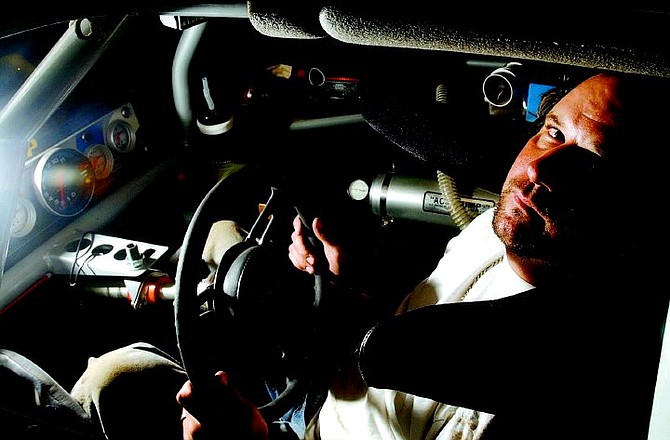 BRAD HORN/Nevada Appeal Shane Kline, of KPH Motorsports, sits in the driver&#039;s seat of the car he drives for Blackjack Motorsports, Dean Heller&#039;s race team, at Kline&#039;s garage in Carson City on Thursday. Kline will be racing for the last time at Champion on Saturday before he moves with his wife to North Carolina on July 18 to continue his racing career.