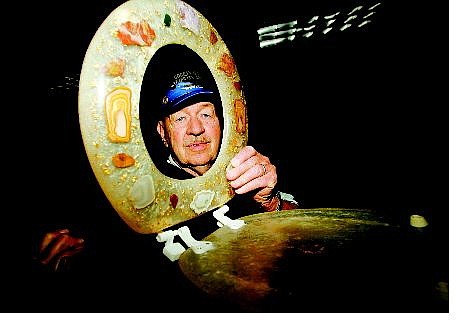 BRAD HORN/Nevada Appeal Fred Williams, Jr. displays his jewel encrusted toilet seat at the Nevada Appeal on Thursday. Williams has had the seat since 1982.