First rails in the ground for historic V&T 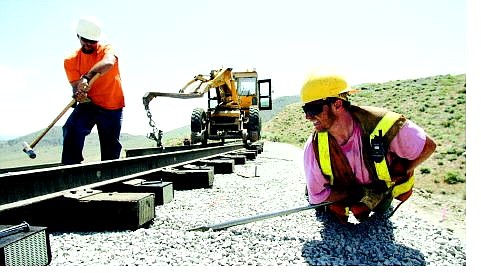