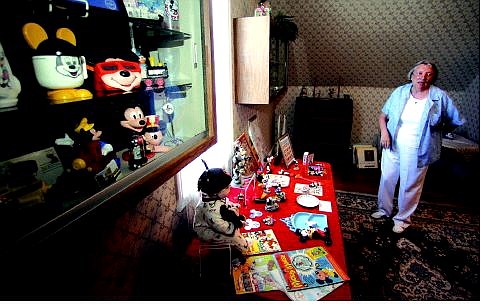 BRAD HORN/Nevada Appeal Paula Cannon, above, explains some of the Disney collection at Robert&#039;s House Museum during a short tour of their most recent collection. The Disneyland exhibit will be on display until August.