In Iraq, long lines, much joy and violence and uncertainty 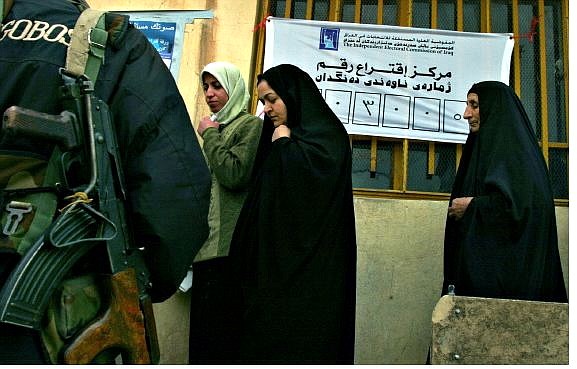 Associated Press Fatima Ibrahim, left, of the Kurdish Barzani tribe, 35, followed by her mother in law, Salha Omar, center, queues to cast their ballots for the Iraqi elections at a polling station in downtown Irbil Sunday. They are &quot;Anfal Women&quot; - widows and daughters of 8,000 Barzani men reportedly killed by Saddam Hussein during the 1980s.