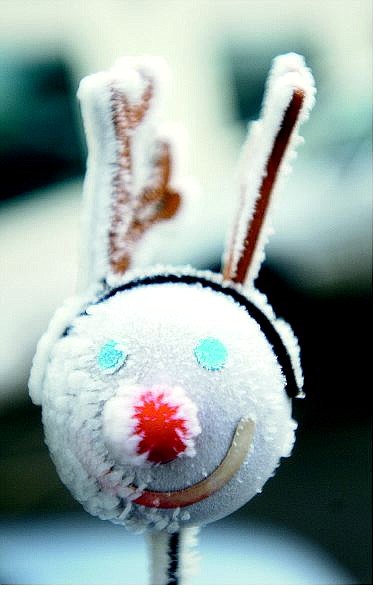 Rick Gunn/Nevada Appeal An antenna ornament, above, is covered with pogonip Wednesday morning. Above left, fog fills the valley below Geiger Grade on Wednesday afternoon. The National Weather Service predicts dense fog north of Carson City through Friday. Drivers should watch for slick and icy patches on bridges and overpasses on the Highway 395 corridor.